Showing posts from April, 2017
Show all

April 11, 2017
At the insistence of Mrunmay, we decided to watch this animation movie - " The Boss Baby " and wow!! I had a good laugh during the movie multiple times. Excellent animation with some very innovative ideas, this movie makes a must watch for adults.  The movie takes a dig at corporate life many times during the course and the real fun will come to those who have experienced it themselves or have at least been exposed to the jargon. The movie starts with a concept how babies are born rather "manufactured" and how do they decide whether to send them to families or to management.  It turns out that "Babycorp" is in the business of manufacturing babies and is feeling a threat from "Puppycorp" due to their increasing market share of "love" from human beings. As a result Babycorp decides to send one of their best to a family of "Templetons" - A couple and a boy named - Timothy (Tim) and that results in the disaster for Tim. This
1 comment
Read more 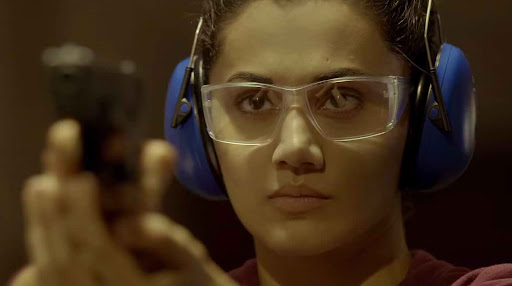 After much deliberation, we decided to watch " Naam Shabana " and it turned out to be a good watch.  In this prequel to the much acclaimed 2015 movie " Baby " which tells you the story of special agent "Shabana" played by beautiful and talented actress - Taapasee Pannu . If you compare this one to "Baby", you are going to miss a lot of action and thrill as this one turns out to be more focused on the lady character "shabana" and her early days.  Shabana's characters is slowly developed in the beginning, telling you about why she is so dry on emotions and the demur behaviour. As the events happen, she looses her closest friend before she could express her emotions and how the special task force coax her to recruit in the force and ultimately putting her on the mission.  Taapasee has played the role well and has some good action sequences, albeit short ones. She has kept her focus very well.  Akshaye Kumar has very little
Post a Comment
Read more
More posts